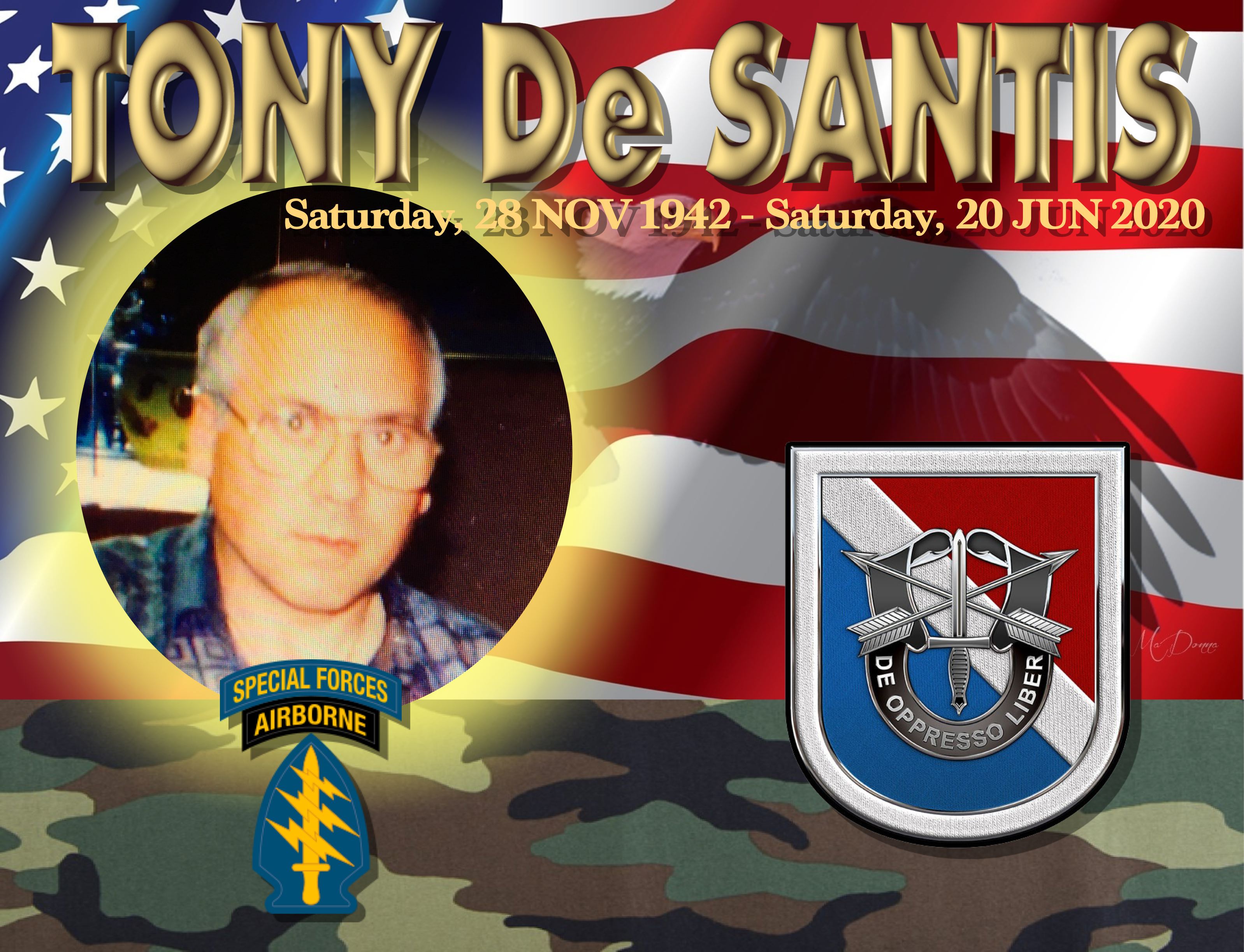 Sanitation Dept. deputy director, dedicated community volunteer
Anthony M. DeSantis, 77, of Great Kills passed away on Saturday, June 20, 2020, at home surrounded by his loving family.
Born Saturday, November 28, 1942, in Palermo, Italy, he was the son of the late Salvatore and Maria (Barraco) DeSantis.
Anthony moved here as a child from his native Sicily. A veteran of the U.S. Army Green Berets 82nd Airborne, retiring in 1992 following a 30 year service, Anthony also rose in the city Sanitation Department to become deputy director of waste disposal, retiring in 2001.
Along the way, Anthony developed a reputation for being a tough guy with a big heart who has spent more than 40 years devoted to a charity for special-needs kids.
Anthony sat on the board of directors of the all-volunteer Community Mayors, an organization that takes thousands of handicapped kids, many in wheelchairs, on fun trips to the circus, zoos and the Intrepid Sea, Air and Space Museum.
The Staten Island grandfather, who retired from the department in 2001, battled Parkinson’s disease, but never let it stop him from going all out to help. ‘When they smile, that makes me smile,’ said Anthony, who had been nominated in 2009 for a New York Post Liberty Medal in the Freedom category by fellow board member Samuel Amster.
Anthony was in charge of the toy drive at its biggest function, the annual Operation Santa Claus, held at a hangar at Kennedy Airport for about 4,000 kids who are served lunch, get presents and wait for the guest of honor “the big guy in the red suit” to appear.
Anthony was many things a marathon runner, a member of the Knights of Columbus, President of the Sanitation Columbia Association, Chairman of the Staten Island Dept of Sanitation Retirees, and many more organizations to his credit.
In his free time Anthony could be found on the golf course enjoying the day and when otherwise not occupied Anthony was with his family especially his grandchildren, always taking photos of them showing off how proud he was.
He was the beloved husband of Joanne (Bistersky) DeSantis; loving father of Salvatore DeSantis and Kimberly Cardinuto.; dear father-in-law of Elena DeSantis and Frank Cardinuto.; adored brother of Lena, Anna, Rosalie, and Vincent; cherished grandfather of Amanda, Briana, Anna, Anthony, Alexa and Salvatore.
A Mass of Christian Burial will be offered on Wednesday 11:15 a.m. at St. Clare Church.
In lieu of flowers to honor Anthony’s Memory, donations may be made to the Parkinson’s Foundation online at: https://www.parkinson.org/