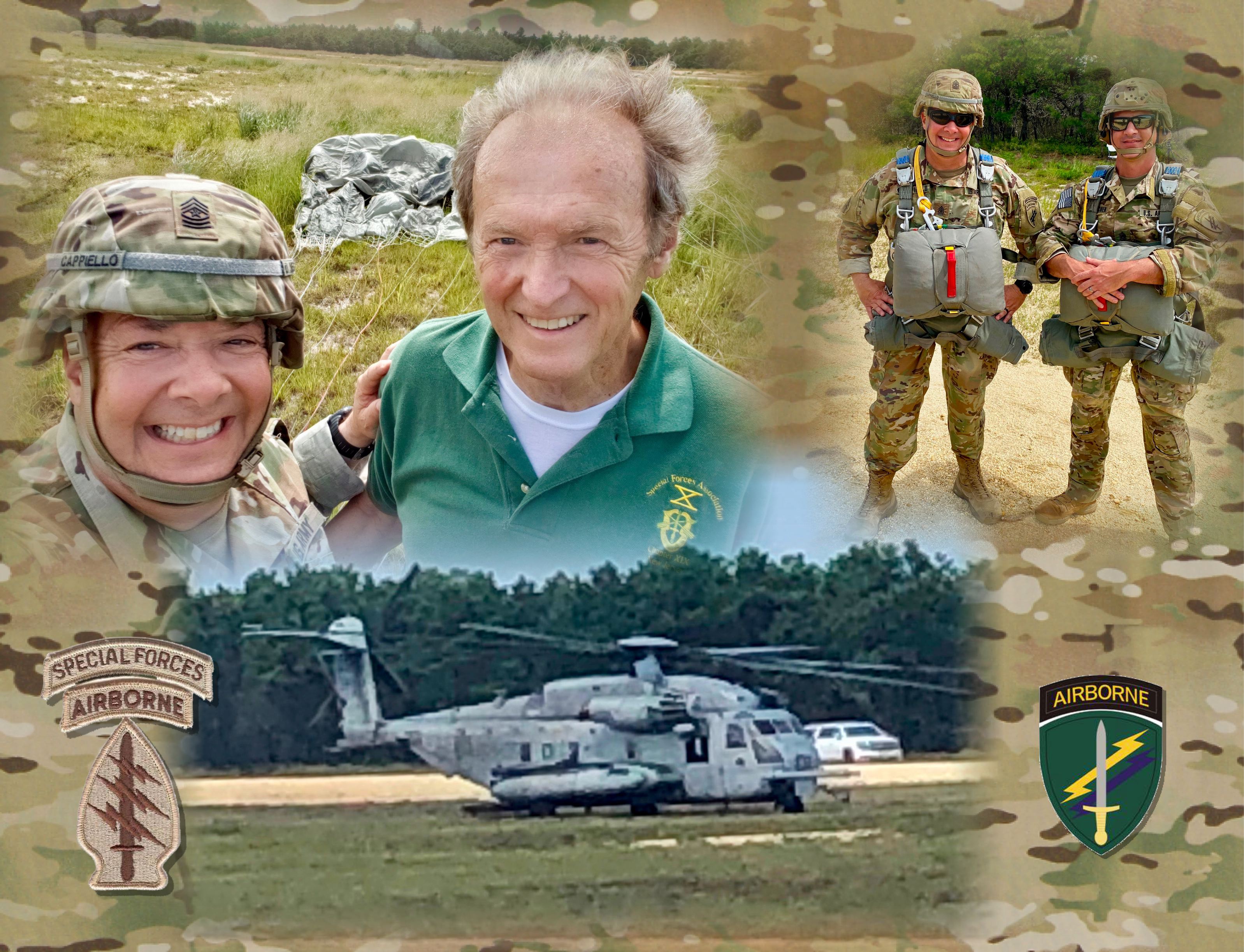 Despite a no jump, the Chapter was very warmly welcomed, the unit was well fed. Karen & John Welgos did a superb job of coordination. Many thanks to the other Chapter volunteers who assisted. Chapter XIX has always cherished the thoughtful staff at Woody’s Roadside Tavern. But, for a number of years a particular person has been singularly attentive and consistently displaying an attention to detail. She is a stand out individual who is a welcome sight to see upon entering. Nicole is always there before us with tables, chairs and flags ready for the meeting. Always going the extra step for the group as well as individual members when needed. When we discovered Nicole Crimeni found good employment elsewhere and was coming in just for Chapter 19 events, we had to recognize this loyalty. Nicole has been presented with a Certificate of Appreciation in the past but we felt the need to go a step farther. So, at the December 2019 Holiday Party, Nicole was presented with Honorary Membership in the Chapter. We made sure her family was there to participate this occasion with us. This wonderful woman consistently displays her devotion to our Chapter, Veterans and her country. Her big heart and obvious intelligence is an inspiration to others. Chris Biache is a 1974 graduate of Ewing High School in Mercer County, NJ, after which he enlisted in the US Navy. Chris was a forward air controller with TACRON ONE (Tactical Air Control Squadron One) and spent 4 years in WESTPAC working mainly with the 3rd Bn, 3rd Marines. He was honorably discharged as an E-5. After his military service he earned an Associate in Applied Science degree from Mercer County College and has worn many hats, being at various times a carpenter, a cabinet maker, an x-ray technician and an Emergency Medical Technician. He is currently employed by Ewing Township as an EMT at Station 139. Chris is happily married to his lovely wife of 25 years, Maeve Cannon, and has two wonderful daughters, Madeleine, 21, and Odette, 18. In addition to his family, Chris’ passion is American military history. He has written several magazine articles and has designed and created Ewing Township’s memorial to Medal of Honor recipient SFC Fred Zabitosky, One-Zero of RT Maine, who earned his MOH in Laos in 1968. Chris was recently made an honorary member of Special Forces Association Chapter XIX, which he states is one of the highlights of his life. He considers himself most fortunate to have become friends with many of his heroes, the US Army Special Forces, and in particular, the Green Berets of Vietnam.

We were honored by the Chapter’s friend Bobbi who came clear across the country to visit Woody’s and the Chapter from hearing of our activities last Veteran’s Day 2017. She made arrangements with our president while she was visiting the tri-state area to attend our monthly meeting. We presented her with a thank you and brunch sealing the bond of a future relationship with the Chapter. The Chapter was also glad to welcome Professor Phil, Professor Emeritus of Psychology and Education, Teachers College, Columbia University. Working with the VA, he has a long history of treating veteran’s mostly from the Vietnam era. The professor is currently doing research on U.S. Army Special Forces.